- January 19, 2020
The concepts of nature cure as a natural health approach was well elucidated in the early 20th Century  by one of the first pioneer authors Henry Lindlahr, in one of his book series  of  nature cure as follows: “ It is vastly more than a system of curing aches and pains; it is a complete revolution in the art and science of living. It is the practical realization and application of all that is good in natural science, philosophy and religion. “The philosophy of Nature Cure is based on sciences dealing with newly discovered or rediscovered natural laws and principles, and with their application to the phenomena of life and death, health, disease and cure”.

Use of nature cure as an enabler for being the boss of your own health (taking charge of your own health)  is based on the simplicity of  the nature cure approach as compared to the orthodox medical approach in addressing  health matters.  Lindlahr (1922) argues that nature cure is considered  an “exact science”,  which  reduces complexity and confusion to simplicity and clearness, and that science becomes “exact science” only when the underlying laws which correlate and unify its scattered facts and theories have been discovered. When these simple laws are rightly understood and applied , they would do for medical science what the law of gravitation has done for physics and astronomy, and what the laws of chemical affinity have done for chemistry, and would place medical science in the ranks of exact sciences. The understanding and proper application of these nature cure laws ans principles will explain every fact and phenomenon in the processes of health, disease and cure, and will enable even any average person (with no extensive knowledge in anatomy, physiology, pathophysiology , pathology, etc.)  to reason from simple, natural laws and principles to their logical effects on health matters.
Being your own health boss is enabled by the fact that , without necessarily being knowledgeable in health matters, mere understanding of only two pillars of the fundamental nature cure  principles and religiously applying and complying with the related laws,  can take care of  virtually all of our health concerns, without input from health experts, or only minimum input from relevant professionals. The two main formulated principles within the philosophy of nature cure are the Constructive Principle in Nature and the Destructive Principle in Nature,.  They are defined by Lindlahr (1922) as follows:

The importance of understanding these two principles for the health of an individual can be realized in the definitions of health and disease as provided by Lindlahr (1922)as follows:

“Health is normal and harmonious vibration of the elements and forces composing the human entity on the physical, mental, moral and spiritual planes of being, in conformity with the constructive principle of Nature applied to individual life”.

“Disease is abnormal or inharmonious vibration of the elements and forces composing the human entity on one or more planes of being, in conformity with the destructive principle of Nature applied to individual life”.

Some of the laws of life within the philosophy of Nature Cure, as outlined by Lindlahr (1928) include:

The Law of Animal life
The general Law of Vital Economy
The Law of Action
The law of Power
The Law of Dual Effect, etc.

Explanations of these laws are provided to help us better understand what they stand for and how we can make use of them in being the bosses of our own health. Foe example, “The Law of Animal life” as defined by Lindlahr (1928), is understood as “an inherent principle or tendency in the animal organs, by means of which they perform certain specific functions or acts and this law, principle or tendency is immutable, always in force and always acting in one direction with as much positiveness and unnerving certainty as that water will run down hill. Or heavy bodies tend towards the centre of the earth”.

You can be the boss of your own health. Take Charge!!!

Lindlahr, H (1928). Human Life Its Philosophy and Laws; An Exposition of the Principles and Practices of Orthopathy.  How To nLive Pub. Co. Oklahoma City.

Lindlahr, H (1922). Nature Cure. Philosophy & Practice Based on the Unity of Disease and Cure. The Nature Cure Publishing Company, Chicago. Available at: https://www.soilandhealth.org/wp-content/uploads/GoodBooks/Lindlahr-%20Nature%20Cure-.pdf.

Taking Charge of Our Own Health

Popular posts from this blog

Why We Need To Supplement Nutrients Intake 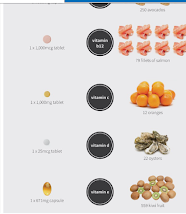 Most of our health care providers including some M.Ds, nutritionists, dieticians, etc believe and/or would want us to believe that we can get adequate nutrients for optimum health through eating a balanced diet. My guess is such beliefs are based on assumptions derived from Dietary Reference Intake values, accepted as science-based by the biomedical community and policy makers. Of course DRI values are so low that it makes sense to believe that you can  meet your nutrient requirement from food intake through eating a variety of foods (given, for example that one orange can provide approx. 65 mg which is within the DRI range for adults). The challenge is: can we achieve optimum health through getting our nutrients from food alone? I argues we don’t, because daily nutrients intake from food alone are ridiculously low ( Hickey and Roberts, 2004), to achieve optimum health. Nutrition is an essential component of our health  and that of any living matter. The science of nutrition and heal
Read more

The Combined Hydroxychloroquine Zinc COVID-19 Treatment Buzz - A Misunderstanding and/or Misinterpretation of Science.

Maxwell Guta
Edmonton, Alberta, Canada
Educational credentials: DVM, MVS (Avian Health), Masters (Food Safety), PgD - Public Health and ABA . After all these educational and acquired working experience in the biomedical sciences, I never imagined that one day I would find myself with a completely different worldview on health, from that of the biomedical model approaches to health, triggered by its failures on my own health problems. From my personal experiences, I found myself falling out of favor with the biomedical model of health, opting to explore alternative models of health, which apparently to date demonstrated to be viable in addressing health matters from prevention of ill-health to promoting health and wellness. To engage with other players in these efforts, I decided to go blogging, which brought about the birth of the Health & Vitality Naturals blog.